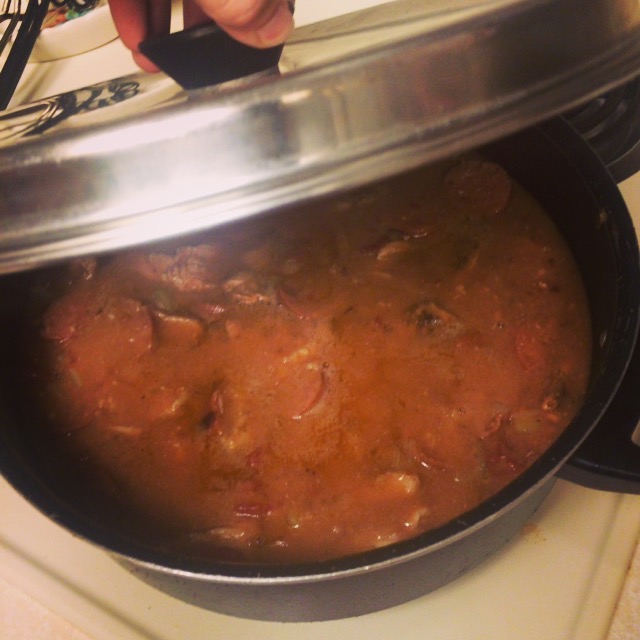 I hate cooking. I’m not very diligent about following directions. I like a lot of flavor and tend to overdo seasonings when I don’t measure carefully.

A friend was coming over my parents’ house while I was dog sitting their Australian Shepherds. To compensate him for his long drive into the boonies (I grew up next door to a buffalo farm/pasture), I promised I’d cook him dinner.

Now. As a warning. I am not from the South. I do not have a history of liking spicy food. But, I had andouille sausage and a goal: make gumbo. Or at least, an approximation of gumbo that wouldn’t embarrass anyone.

Using a number of gumbo recipes, I combined ingredients and instructions into a workable combo.

1. Add oil to a large pan. In the true “I hate doing dishes” fashion of a non-chef, my version of gumbo can be made in one pot if you plan ahead. Heat the pan to medium/medium-high temperature until the oil is barely smoking.

2. Season the chicken breasts. We had some Ozark Seasoning from Penzey Spices, salt and pepper, and cayenne. Ideally, you can just rub a couple teaspoons of cajun spices into the chicken breast and call it good. Cook the chicken breasts. You’ll probably need 4-5 minutes on each side. When they’re done cooking, pull them from the pan and chop them up into soup-sized chunks. Yes, I’m using “soup-sized” as an official measurement. I’m lazy, so my chunks of chicken were quite large.

3. I pre-sliced the andouille sausage to give each piece a bit of char when I added it to the mix. I turned up the heat, and threw the andouille sausage coins into the pan. You probably won’t need to add any oil, but feel free to do so. After ten minutes, with  occasional stirring, I pulled the sausage and put it on the overflowing cutting board with the chicken.

4. Now, with the oil and fat drippings left in the pan, you’re going to make your roux. I did not ace this part of the process. Roux should be about half oil and half flour. You must constantly stir it so it doesn’t burn until it gets a nice, dark brown color. If you’re going to try to pass my (lack of) success, here’s a link on making good roux.

5. Once you are satisfied with your roux (or have just given up on it entirely), add the chicken, sausage, onion, celery, garlic, tomatoes, chicken broth, and bay leaves. Bring to boil. Then cover and lower to a simmer for at least a half hour. I recommend a small sample after about 15 minutes so you can add seasonings. This is especially important if you messed up the whole roux process like some of us did.

6. Start the rice. Depending on your rice, it may take a while. Time when you want to start your rice. 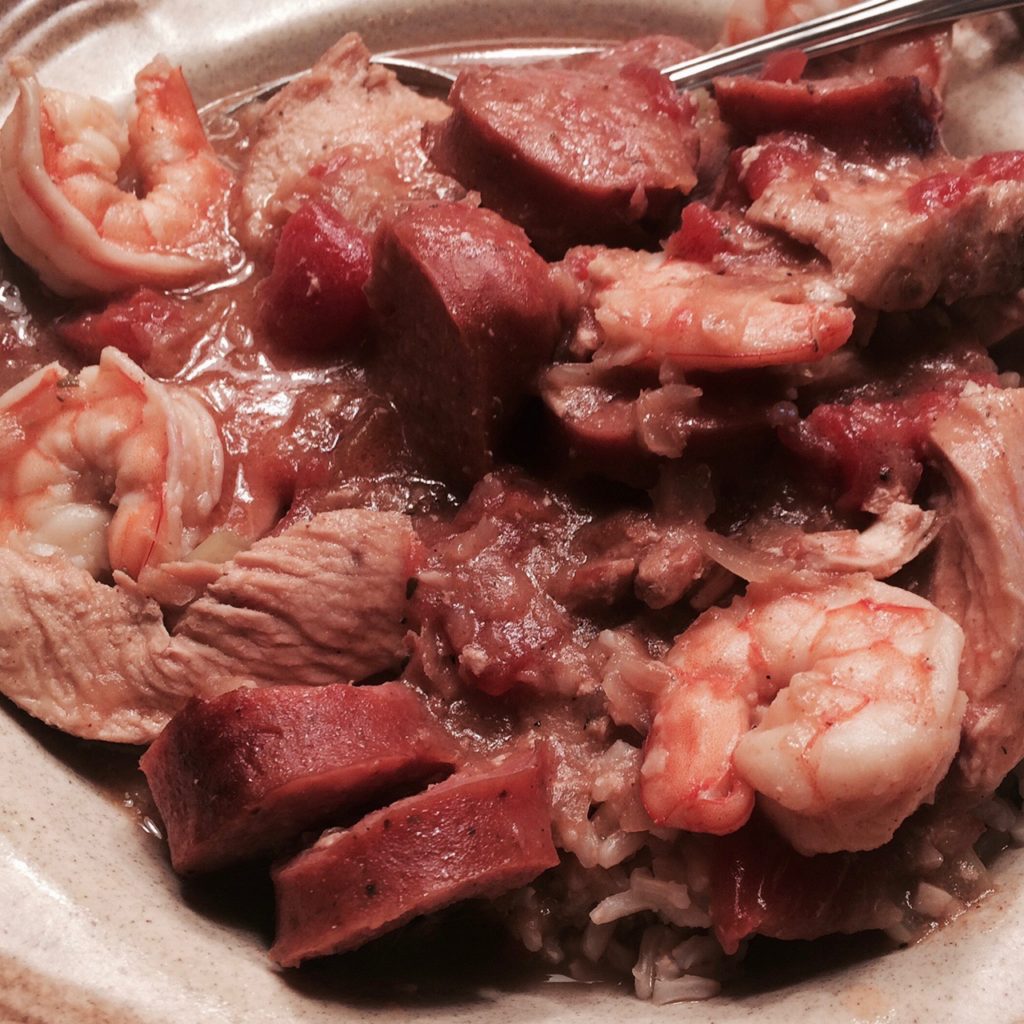 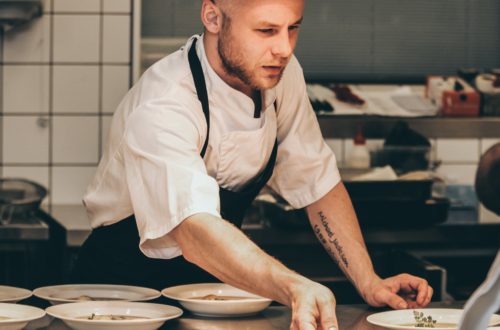