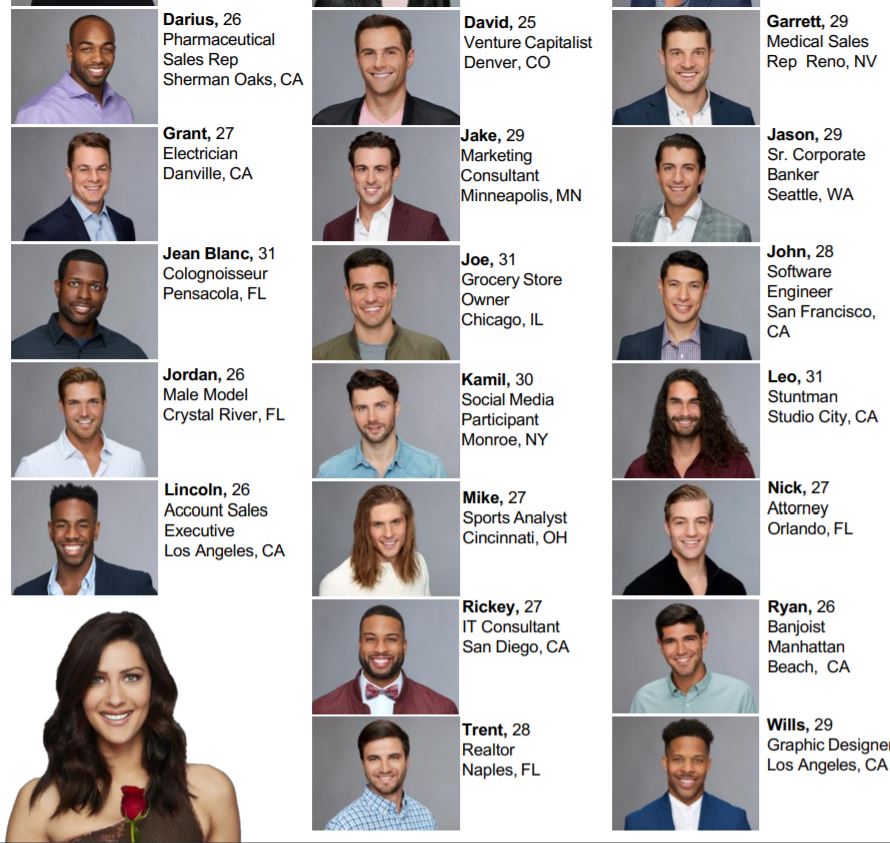 It’s the best time of the year–the time we pour over Bachelorette contestant photos and bios, trying to figure out the best odds for our Bachelorette fantasy brackets. This season ABC waited a while to announce the Bachelorette cast members. But they finally spilled the beans (to those of us who don’t follow spoilers). I kept with my tradition of compiling a simple printable Bachelorette Bracket Cheat Sheet so you can keep track of who’s who while you watch our girl do the damn thing. While Becca’s journey to find love begins May 28, your journey to crush it in your brackets begins now.

I did a few things differently with the printable this year. I meant to leave room for you to take notes, but then I got carried away and added ages, career, and location based off of the ABC cast bios. Is this something you like? Let me know which approach is best for next season. Also, while I’ve always enjoyed having bigger printables, I stuck with a simple letter sized one this time. In the past couple of years, I found I was rarely printing or using the 11×17 versions.

Scroll down for the pdf-ed printable.

The bios this year were more like cheesy Tinder bios with fewer interesting tidbits. So unfortunately I can’t tell you how many men said Super Troopers is their favorite movie, nor can I give you stats on how many would like to have dinner with Elon Musk (though I feel confident that Jason and David both would say the latter).

Highlights for careers include:

Christon apparently joined the Harlem Globetrotters by cold calling them.

Darius travels. A lot. And seems intelligent and caring. He might be an early pick for my personal bracket. Which means the Bachelorette–even one with as much potential as Becca–usually sends them home the first night.

Jordan‘s bio includes his mile time. You know, just essential info for when you’re deciding on a life partner (or bracket placement).

Ugh. Kamil. I’m a sucker for Poles, but I feel strongly you don’t have a chance with Becca.

ALERT. We have another ND alum. FINALLY. In fact, he was in the same majors as a couple of my close friends around the same time. And he has a dog. I think I’m rooting for Mike and his stupid long hair.

Ooooo and apparently Nick has “signature tracksuits.” That’s apparently a thing now. Do you think they say “JUICY”?

Here’s a link to the PDF for your handy Bachelorette Bracket Cheat Sheet for Becca: Becca-Bachelorette-Bracket-Cheat-Sheet 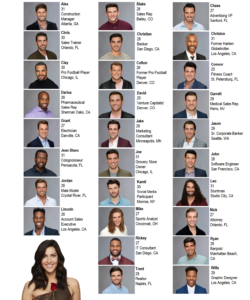 Not in a bracket? Check out bachelorbracket.com and ESPN’s fantasy Bachelorette game (which hasn’t been updated for Becca yet) to get in on the fun. This year we’re using bachbracket.com, which so far is my favorite option. Let me know who you’re rooting for and if you have any suggestions for the bachelorette bracket cheat sheet! 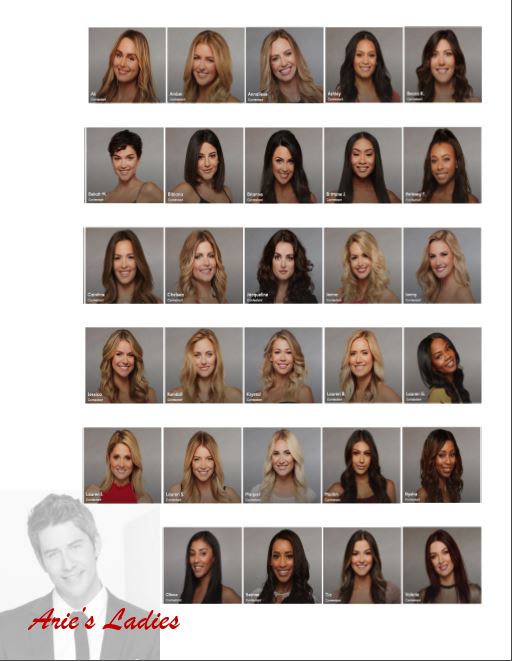 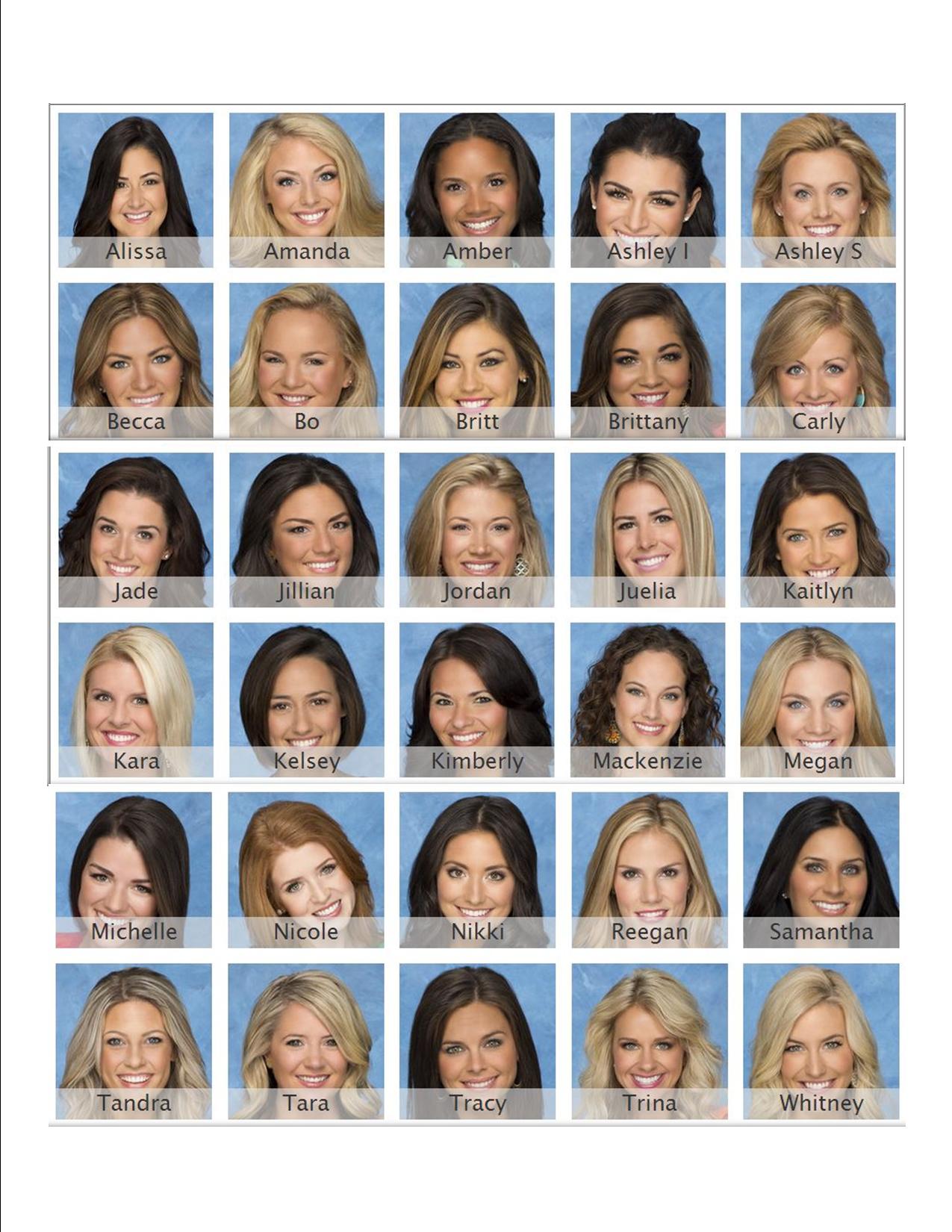 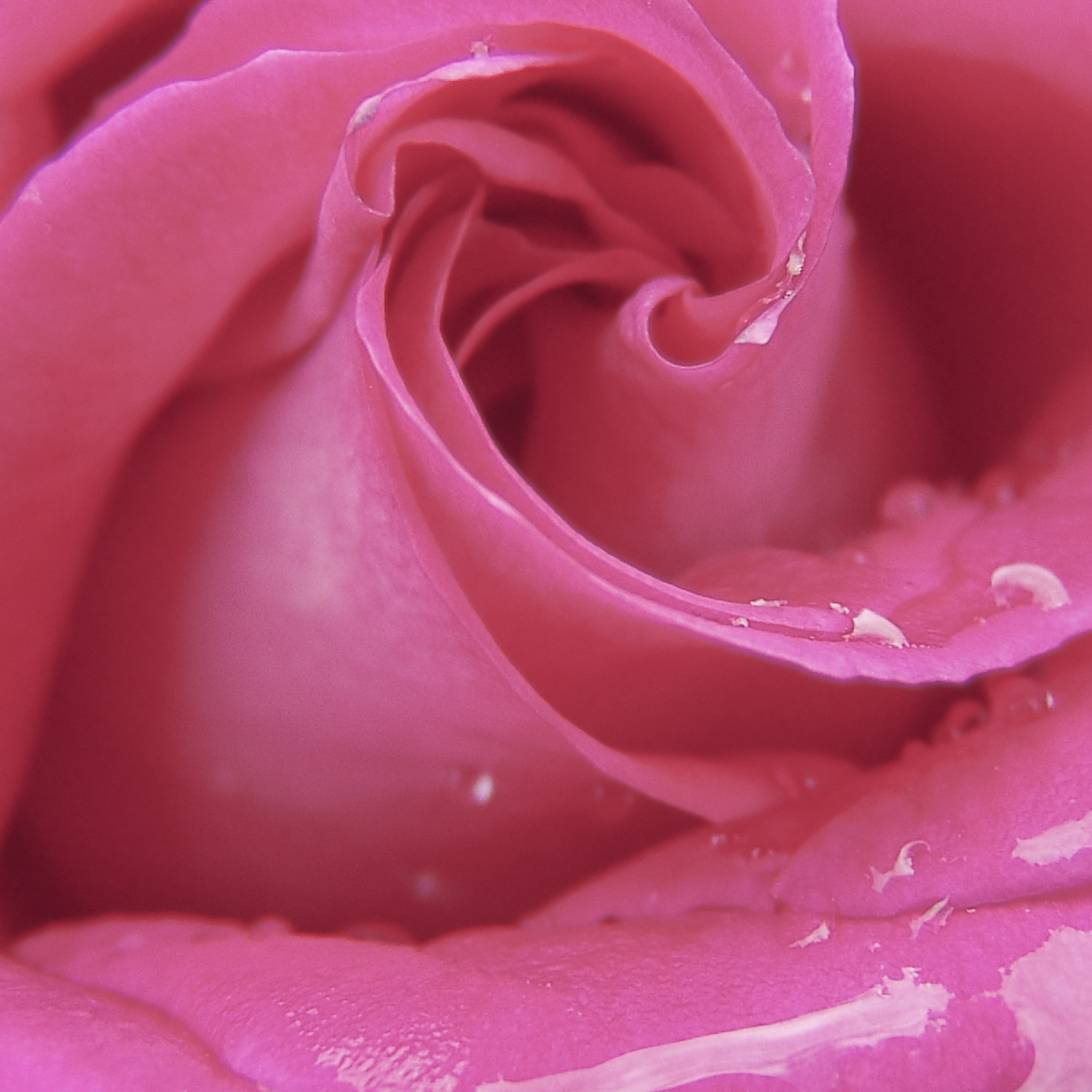